Beto and Pete: A Tale of Two Articles

In this election season, good journalism is important. But what happens when “good journalism” comes up against people’s uncritical adoration of a candidate? 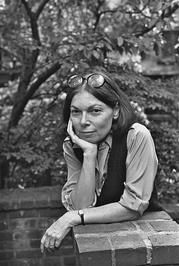 Janet Malcolm around the time the book came out.

We all know the stereotype of the “hit piece.” In Janet Malcolm‘s 1990 book The Journalist and the Murderer, she writes this about the professional journalist:

He is a kind of confidence man, preying on people’s vanity, ignorance or loneliness, gaining their trust and betraying them without remorse. Like the credulous widow who wakes up one day to find the charming young man and all her savings gone, so the consenting subject of a piece of nonfiction learns—when the article or book appears—his hard lesson. Journalists justify their treachery in various ways according to their temperaments. The more pompous talk about freedom of speech and “the public’s right to know”; the least talented talk about Art; the seemliest murmur about earning a living.

Malcolm’s provocative and disturbing thesis, that the journalist cozies up to and then inevitably betrays his/her subject, can be seen in action in two long magazine articles about up-and-coming Democratic presidential candidates Beto O’Rourke and Pete Buttiegieg.

I liked O’Rourke back when he was running for Senate in Texas against Ted Cruz and bought into the hype to a certain extent. But this Vanity Fair article, written by Joe Hagan, quietly eviscerated O’Rourke. (The most damning thing, to my mind, was the revelation of the existence of O’Rourke’s wealthy Republican father-in-law, who had bankrolled his campaigns.) Suddenly O’Rourke’s own wealth did not seem so innocent.

Then there was the jarring image of a harried Beto in the car with his kids, braking sharply at a busy intersection and muttering: “Motherfuckers!” Or the picture that slowly formed of a man obsessed with his terrible relationship with his own father. Beto’s frankness about his problematic relationship with his gregarious but overbearing father, Pat, who died after being hit by a car, could have been portrayed differently by a sympathetic journalist, but in this article Beto’s own desire to run for high office seems to stem from some unhealthy compulsion/inner emptiness and competition with his dead father, whose own political career ended suddenly when a powder that was allegedly cocaine was found in the glove compartment of his car. The fact that his young kids and even the morose family dog (!) don’t appear to be 100 percent behind Beto in his quixotic quest is damning.

This piece, released and widely shared on Twitter on the day Beto announced his candidacy, undoubtedly jabbed a deep wound into his upward momentum. His standing in the polls has never recovered.

Pete Buttigieg is the nice, cautious millennial antidote to Beto’s troubled Gen-X persona. I really like Buttigieg, find his relationship with husband Chasten charming, and loved his book, Shortest Way Home. He has a good mind, a sly humor, and seems to be a man of strong integrity. But, proving Malcolm’s point, this Vogue piece by Nathan Heller subtly accentuates all the less appealing things. Mayor Pete somehow comes off as a control freak at home, a fuddy-duddy, and for the first time… rather slippery, refusing to answer or clarify the question of when he decided to run for president. Pete’s calculating and unwavering ambition is definitely his Achilles heel. One can see almost everything about him, including when he came out in 2015, as carefully timed. And get this: unlike Beto, he is an overly cautious, defensive driver!:

We get into his car, a Chevrolet sedan in a particularly subdued shade of gray. He drives at a controlled pace—partly, it seems, from caution (the mayor is an exceedingly defensive driver) but partly out of pride. “College Street, where I lived as a little kid, is up there,” he says, as we pass a stretch of tidy one-floor houses with small lawns. As a child, Buttigieg had dreamed of being an astronaut, but by high school his attentions turned.

Instead of civic pride, though, Buttigieg, seen through Heller’s eyes, gives off a whiff of smug egotism here. This is the damning paragraph, ending in an almost palpable note of gloom:

“When exactly he decided, in his own mind, he would seek the U.S. presidency is less clear. He announced his exploratory committee in January. In February, his elegantly written memoir, Shortest Way Home, appeared, introducing him to the nation (“a chance for me to tell my story before someone else does,” as he tells me), and soon began climbing The New York Times best-seller list. Books taking what they do in the way of time, this project of national self-presentation was clearly in the works more than two years ago. Did he have White House plans then? I keep asking him the question, in various phrasings, but he never replies head-on. Eventually it occurs to me that this is probably an answer in itself.”

The handful of excellent women candidates (Elizabeth Warren, Kamala Harris, Amy Klobuchar) should perhaps count themselves lucky that they have not yet been filleted in this way. Perhaps a female journalist will end up doing the honors!

Having said that, I read these two well-written pieces with fascination and think that they are, to some extent, necessary correctives. I’m reminded of Bill Clinton’s churlish, offhand comment in the 2008 campaign about Obama’s persona being a “fairy tale.” We never really got to see the dark side. Obama actually had a pretty easy road to power, partly due to his opponent John McCain’s decency. Maybe it’s better that some air be let out of the tires for these candidates in advance of the grueling slog that is the 2020 campaign.

UPDATE: Beto abruptly ended his candidacy yesterday (11/1), while Pete is now #2 in the Iowa polls. I found a good article about late-stage Beto (post-El Paso) and decided to share it. Ironically, this is what journalism can do well: present a sympathetic portrait of a flawed candidate when all hope is lost. Even if Beto doesn’t have a political future, I hope that something will present itself that he can turn his considerable talents to. Meanwhile, I’m all for Warren. While I started out liking Pete, his slickness and ambition have become a major turn-off. It’s been a fascinating and exhausting race.

1 Response to Beto and Pete: A Tale of Two Articles